Manufacturer in china【Tianshiwax】 > News > Waxes > What are the types of rubber processing aids?

What are the types of rubber processing aids?

Rubber processing aids only have a physical effect on the rubber compound and do not cause chemical reactions.

Tackifiers are processing aids used to add rubber self-tackiness. The self-adhesion of rubber will affect the rollability of the rubber compound, and then affect the dispersion of the co-agent, the strength of the rubber compound, the continuity of the extrusion process and the foaming property. Appropriate viscosity is also conducive to advancing the stiffness of the compound. 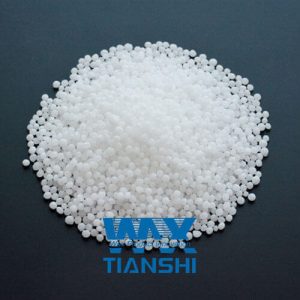 Petroleum-based operating oil is another physical plasticizer commonly used in rubber processing. High aromatic oil is banned by the European Union due to the carcinogenic risk of polycyclic aromatic hydrocarbons in it.

The primary function of the homogenizer is to deal with the blending of polymers of different polarity and viscosity. The leveling agent is mostly used in the inner liner and the vulcanization bladder. With the improvement of the radial tire structure, the amount of bromobutyl rubber (BIIR) will increase, which adds many difficulties to the processing of the rubber compound, such as vulcanized rubber and untreated rubber. The adhesive force of the vulcanizate is small, and the phenomenon of air entrainment occurs in the calendering process. Currently used in the inner liner adhesive, the imported leveling agents TNB88, UB4000 and 40MSF are mainly used. Replacing all or part of the operating oil with the leveling agent 40MS (F) can improve the processing safety, flex resistance, adhesion and heat aging properties of the compound. The use of homogenizer in the tread rubber can play a smooth role, reduce the Mooney viscosity of the rubber compound, and improve the wear resistance of the finished tire; improve the extrusion speed of the rubber compound, reduce the extrusion temperature, and reduce the broken edges and pores of the extruded tread. Reduce processing costs.

The primary function of the dispersant is to improve the dispersion of carbon black and other co-agents in the rubber. The dispersant generally plays an internal smoothing role in the rubber mixing process, which can reduce the internal friction between the rubber macromolecular chains, reduce the viscosity of the mixed rubber, promote the dispersion of carbon black and other co-agents, and improve the uniformity and processing of the rubber compound. Function, the mixing time and energy consumption are reduced, and the dispersion of fillers is accelerated. With the continuous development of the tire industry, the amount of constituent rubber has gradually increased, and the amount of carbon black has increased. These factors bring inconvenience to the processing of rubber compounds, so the use of dispersants has become inevitable. Substances with dispersing effect include fatty acids, metal fatty acid salts, fatty acid esters, condensation products of fatty acids and high molecular fatty acid esters and their mixtures with metal soaps.