PTFE has chemical inertness and low surface energy, and it is difficult to bond with other materials. Therefore, certain surface modification of PTFE material must be carried out to improve its surface activity.

The sodium-naphthalene solution replacement method is currently known as a modification method with better effect. The principle is: Na transfers the outermost electrons to the empty orbital of naphthalene to form anion radicals; and then forms ion pairs with Na+, releasing a large amount of resonance energy, resulting in a mixed solution of dark green metal-organic compounds.

The mixed solution of these compounds is very active, chemically reacts with PTFE micro powder, destroys the C-F bond, rips off part of the fluorine atoms on the surface, leaves a carbonized layer on the surface and introduces some such as -CO, C=C, -CH , -COOH and other polar groups. These polar groups increase the surface energy of the polymer, reduce the contact angle, and improve the wettability, thereby changing from difficult to sticky to sticky.

This method also has some obvious shortcomings. For example, the surface of the adherend will become dark or black, the surface resistance will decrease in a high temperature environment, and the bonding performance will be greatly reduced when exposed to light for a long time. In this regard, C. Combellas et al. used diazonium salt to graft the surface properties of PTFE. 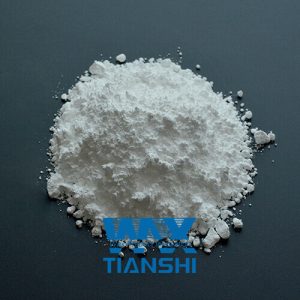 2. Plasma treatment technology
Plasma treatment technology is to place the sample in a specific ion treatment device, and by bombarding or injecting ions into the surface of the polymer, it will break the carbon-fluorine bond and carbon-carbon bond, and generate a large number of free radicals. Active group, a modification method to increase the surface free energy of PTFE and improve its wettability and adhesion.

J.X.Chena et al. used the vacuum ultraviolet radiation source generated by He plasma to etch the surface of PTFE at 6.7×10000Pa, the surface oxygen atom content increased and the fluorine atom content decreased, so that the water contact angle decreased from 110° to 43° °.

Zhang E C et al. conducted an experiment on the adhesion between PTFE and aluminum metal under the condition of high electric field/gas density ratio. 7 times under normal conditions.

At present, the surface treatment of PTFE using the latest plasma devices Plasmodul and Planartron has achieved remarkable results. However, the durability of plasma-treated polymer surfaces is not stable. Therefore, surface applications after plasma treatment, such as coating and bonding, should be carried out as soon as possible. Furthermore, also due to the reorganization of the surface structure, it is impossible to keep the hydrophilic properties of the treated surface from decreasing for a long time.

Excimer laser treatment has better selectivity and durability relative to sodium-naphthalene metal solution and radio frequency plasma treatment. Therefore, it has become a research hotspot of many scholars in recent years. Excimer laser processing has the following three methods:

One is to use lasers such as ArF, KrF or XeCl to irradiate PTFE in an atmosphere of a gaseous substance, and the gaseous substance (N2H4) undergoes photolysis, and the generated active atoms or groups (H, NH2, N2H3 and NH) attack PTFE. The surface of PTFE can undergo defluorination reaction, so that the content of fluorine atoms on the surface of PTFE is reduced, and the surface energy and hydrophilicity are increased.

The other is that the ArF laser triggers the photoreaction of PTFE and the liquid reagent placed on the surface of PTFE, and introduces active functional groups to achieve the purpose of chemical modification of the surface of PTFE.

The third method is carried out under the direct irradiation of the excimer lamp, without any medium and without vacuuming the reactor. At the beginning, the contact angle decreased with the increase of pulse energy, but when the laser pulse reached a certain value, the change of the contact angle became insignificant. This shows that there is a corresponding pulse energy for various samples to obtain the best surface treatment effect, which needs to be determined through experiments.

Mechanochemical bonding, that is, rubbing the surface of the polymer coated with the adhesive, through the mechanochemical action, the polymer surface is degraded by force to form macromolecular free radicals, and then form a certain number of covalent bonds with the adhesive molecules, resulting in strong The bonding interface, thereby greatly improving the bonding strength of the joint, has been confirmed by electron spin resonance spectroscopy (ESR) and internal reflection infrared spectroscopy (ATRIR) studies.

Put PTFE in some polymerizable monomers such as styrene, fumaric acid, methacrylate, etc., and irradiate with Co-60 to make the monomer chemically graft and polymerize on the surface of PTFE, forming a polymer on the surface. The layer is a graft polymer that is easy to bond, and the surface becomes rough after grafting, the bonding surface area is increased, and the bonding strength is improved. The advantages of this method are simple operation, short processing time and high speed, but the modified surface has poor durability and the radiation source is more harmful to the human body.

The basic principle of this method is: at high temperature, the crystal morphology of the PTFE surface is changed, and some substances with high surface energy and easy bonding such as SiO2, Al powder, etc. Modified layer with sticky substance.

Since the molecules of the sticky substance have entered the molecules of the PTFE surface layer, destroying it is equivalent to intermolecular damage, so the bonding strength is very high. The advantage of this method is that the weather resistance and heat and humidity resistance are significantly better than other methods, and it is suitable for long-term outdoor use; the disadvantage is that PTFE will release a toxic substance during high temperature sintering, and the shape of the PTFE membrane is not easy to maintain.

7. Gas thermal oxidation method
The surface of the hard-to-stick plastic is thermally oxidized by air, oxygen, ozone and other gases, and its surface adhesion performance is improved, especially the ozone method, which is basically not adversely affected by the antioxidants in the material, and can also be added in the air. Accelerators, such as adding certain N-containing complexes, dicarboxylic acids and organic peroxides, etc. The gas thermal oxidation method has a simple process, remarkable treatment effect and no pollution, and is especially suitable for the surface treatment of PTFE. However, this method requires a blast oven or similar heating equipment of the same size as the material, which limits its application to a certain extent.

8. Surface modifier
The coordination bond theory believes that the macromolecules of PTFE have only a simple power-donating ability, and have strong repulsion for most adhesives that only have a simple power-donating ability and a weak ability to accept electrons, and it is difficult to use these substances to form on the interface. Coordination bonds to produce effective adhesion. Because the formation of coordination bonds requires both the side that provides the electron pair and the side that accepts the electron pair, both of which are indispensable. The invisibility of PTFE is determined by both the adherend and the adhesive, not unilaterally by PTFE. That is, PTFE is intractable to substances that provide electron pairs, and it will form a firm structure for substances that provide empty electron orbits. It can also form a strong bond with some substances that can form strong hydrogen bonds, that is, the substance must be able to provide fluorine atoms with effective hydrogen atoms that can form hydrogen bonds. The surface modifier is based on the above mechanism to improve the bonding performance. So far, the surface modifiers of PTFE include KH-550, P-10, A-151, Waterproof No. 3 and BGJ No. 3. Among them, BGJ3 has the best surface modification effect.

Surface modifier BGJ3 is prepared by dissolving boric acid and KH-550 in a certain amount of ethanol at a ratio of 1:10, heating, stirring, and under reflux conditions. BGJ3 has both boron-containing groups and amino-containing groups. The boron-containing groups can provide empty orbitals and form coordination bonds with fluorine atoms that provide electron pairs. The adhesive molecules form coordination bonds, ptfe powder manufacturers in china, so the modification effect is remarkable and the adhesive strength is high.

There is also a foreign reagent for PTFE surface modification, which is formed by electrolysis of tetrafluoroboric acid solution in the presence of magnesium anode. The magnesium-containing reagent reacts with PTFE to form a multifunctional surface containing carbon-carbon double bonds, carbonyl, hydroxyl, and carboxyl groups. These functional groups can make the PTFE surface more hydrophilic, thereby changing the surface properties of PTFE.