Manufacturer in china【Tianshiwax】 > News > Waxes > Did you know that there are these kinds of paraffin wax?

Did you know that there are these kinds of paraffin wax?

Paraffin wax, colorless to white translucent block, pure paraffin wax is white, impurity paraffin wax is yellow, tasteless, odorless, with a greasy feeling. Soluble in ether, chloroform, benzene, petroleum ether, volatile oil or various fatty oils, slightly soluble in ethanol. It has stable chemical properties and does not react with acids, alkalis, oxidants and reducing agents. The color will turn yellow under ultraviolet irradiation, and it can be burned and decomposed. It is stable at room temperature.

The types of paraffin waxes  are as follows:

According to the degree of processing and refining, it can be divided into three types: fully refined paraffin, semi-refined paraffin and crude paraffin. Each type of wax is divided into different varieties according to the melting point, generally every 2 ℃, such as 52, 54, 56, 58 and other brands. Crude paraffin has a high oil content and is mainly used in the manufacture of matches, fiberboard, and canvas.

There are many types of liquid paraffin, and their lubricating effects are also different. In the extrusion process, the initial lubrication effect is good, and the thermal stability is also good. However, due to poor compatibility, the product tends to become sticky when the dosage is too large. 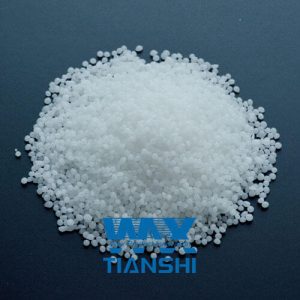 It is a granular white solid, and its relative density increases with the rise of the melting point. The product has good chemical stability, moderate oil content, good moisture-proof and insulating properties, and good plasticity. Candles produced from semi-refined paraffin have a concentrated flame, no smoke, and no tears. For candles, crayons, wax paper, general telecommunications equipment and short circuit and light industry, chemical raw materials, etc.

Chlorinated paraffin is a golden yellow or amber viscous liquid, non-flammable, non-explosive and extremely volatile. Soluble in most organic solvents, insoluble in water and ethanol. When heated to above 120℃, it slowly decomposes by itself, and can release hydrogen chloride gas, and the oxides of iron, zinc and other metals will promote its decomposition. Chlorinated paraffin is an auxiliary plasticizer for polyvinyl chloride. Low volatility, non-flammable, odorless, non-toxic. This product replaces a part of the main plasticizer, which can reduce the cost of the product and reduce the flammability. Mainly used for PVC cable material and water pipe, floor material, film, artificial leather, etc.