Manufacturer in china【Tianshiwax】 > News > Waxes > What is the gloss of carnauba wax related to?

What is the gloss of carnauba wax related to?

Carnauba wax, obtained from carnauba leaves, is mainly composed of wax esters, higher alcohols, hydrocarbons and resinous substances. Carnauba wax has good emulsification, adhesion, friction, mold release, slipperiness and adjustment of viscosity and hardness, and is one of the most widely applicable natural waxes in the world.

Carnauba Wax Emulsion is a high-tech product produced with carnauba wax as the main raw material using a new type of emulsification technology. It has the characteristics of uniform particles, high dispersion, stable storage, non-toxic, odorless, good lubricity, acid and alkali resistance, and hard water resistance. carnuaba wax manufacturers And it has good water solubility, no demulsification and no agglomeration when diluted with water in any proportion. 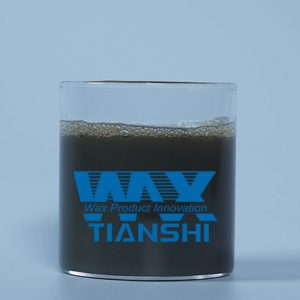 Water-based ink – it can bring benefits such as waterproof, gloss enhancement, slip enhancement, wear resistance, and anti-blocking to the product.

Fruit preservative – by coating/spraying on the surface of the product, it can isolate and inhibit fruit respiration, reduce water emission, and prevent microbial invasion, so as to achieve the effect of preservation.

Leather brightener – small particle size, single composition, a homogeneous and continuous wax film is formed on the leather surface, the film is very smooth microscopically, and has a strong reflection effect on light waves, so that the product has a glossy feel.