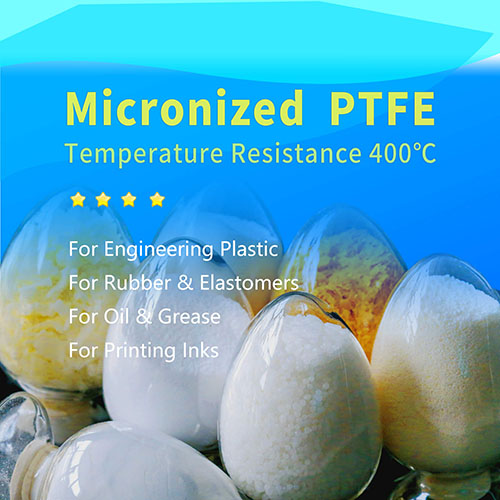 chemical resistance
Due to the extremely high bond energy of the “fluorine” bond, it is not easy to be disassembled, and the packing density of PTFE molecules is relatively large, which makes it difficult for various reagents to penetrate into the middle of the molecular chain. The substitution of fluorine atoms makes PTFE form a helical structure and form an inert shell around the C chain. This inert helical perfluoro “shell” plus the non-polar and crystalline structure of the PTFE molecule gives PTFE excellent chemical resistance, ad9100 PTFE dipersion.

Lubricity and non-stick
The molecular chain of polytetrafluoroethylene presents a rigid helical structure, and the mutual attraction between macromolecules is small, which makes the molecular chain of polytetrafluoroethylene easy to be relatively weak, and its surface is also less attractive to other molecules. This makes the friction coefficient of PTFE material very small, between 0.008 – -0.05, which is the smallest among existing synthetic fibers.

The raw materials for the production of tetrafluoroethylene are fluorine ore (CaF) (used to produce various hydroperacetic acids) and trichloromethane (CHCI).
Anhydrous oxyfluoric acid reacts with chloroform to obtain difluoromonochloromethane (the gas boils at -41°C), which is decomposed at a high temperature of 600°C to 800°C to obtain tetrafluoroethylene. Its chemical reaction equation is as follows: CHCl3+2HF=CHClF2+2HCl
2CHClF2=C2F4+2HCl