Effect of functional additives on chemical resistance of coating

Auxiliary agent is an important part of the powder coating formula, although the amount of film-forming substances and fillers relative to the coating film, its relatively small, accounting for only a few percent of the total formula, but its impact on the division of powder coatings and coating film performance can not be ignored.

In the chemical resistance coating film, leveling agent and wax additives as a coating film improvement material, its easy to float to the surface of the film and affect the outermost layer of the coating film chemical properties.

When there is an external force acting on the horizontal direction of the film, the spherical effect can reduce the pulling force on the surface of the film, thus maintaining the integrity of the film.

However, the incompatibility of PTFE also leads to a slight decrease in film gloss, a defect that was particularly evident in the PTFE/PE wax blend test.

PE wax is mainly attached to the surface of the film by Van der Waals force, and the external force will lead to rearrange the structure of the wax layer, which will obviously change the gloss of the film. Therefore, after adding Micronized PTFE modified PE wax, the gloss decreases after wiping by butanone. 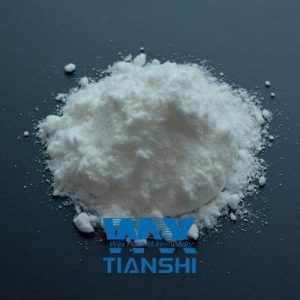