Manufacturer in china【Tianshiwax】 > News > Waxes > What does carnauba wax do?

What does carnauba wax do?

Carnauba wax is a kind of vegetable wax. It is a vegetable wax made from plants through a complex process. It is an important non-petroleum wax that is artificially synthesized. The candles made of palm wax are non-toxic, smokeless and tasteless when burned, and are more environmentally friendly and green.

Carnauba wax is sold in several grades, labeled T1, T3, and T4, depending on the purity grade. Purification is accomplished by filtration, centrifugation and bleaching. 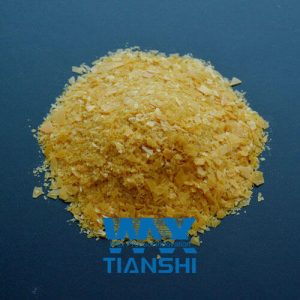 Properties of Carnauba Wax
Carnauba wax produces a glossy finish and is therefore useful in automotive waxes, shoe polish, dental floss, food products (eg candy, instrument polish), and floor and furniture waxes and polishes, especially when mixed with beeswax and turpentine. In the United States, the use of paper coatings is the most common application. Often used in its purest form as a coating on speedboat hulls in the early 1960s to increase speed and aid handling in saltwater environments. It is also a surfboard wax, combined with coconut oil.

Due to its hypoallergenic and emollient properties as well as radiance, carnauba wax is an ingredient in many cosmetic formulations and is used to thicken lipsticks, eyeliners, mascaras, eye shadows, foundations, deodorants, various skin care products, Sunscreen, etc. It is also used to make the resin of the knifemaker.

It is the first choice for most briar pipes or pipes. When polished, it produces a high gloss but dulls over time rather than shedding (like most other finishes used).

Although carnauba wax is too brittle to be used on its own, it is often used in combination with other waxes (primarily beeswax) to treat and water-repel many leather products, providing high gloss and increasing leather hardness and durability.

Carnauba wax is also used in the pharmaceutical industry as a tablet coating agent. The addition of carnauba wax helps the patient swallow the tablet. After the tablets were sprayed and dried, a very small amount (less than one percent by weight, ie 30 grams for a 300 kg batch) was sprinkled over a batch of tablets. The wax and tablets are then tumbled together for a few minutes and discharged from the tablet coater.

In 1890, Charles Tainter patented the use of carnauba wax manufacturers in brazil on gramophone cylinders as an alternative to a mixture of paraffin and beeswax.

Carnauba wax can be used as a release agent in the manufacture of fiber-reinforced plastics. Aerosol release agents are formed by dissolving carnauba wax in a solvent. Unlike silicone or PTFE, carnauba is suitable for use with liquid epoxy resins, epoxy molding compounds (EMCs) and some other plastic types and generally enhances their properties. Carnauba wax is not very soluble in chlorinated or aromatic hydrocarbons. Carnauba is used in melt/cast explosives to create insensitive explosive formulations such as ingredient B, which are RDX and TNT.