Seed coating agent (seed coating agent) is an active suspending agent that is processed by related pharmaceuticals, nutrients, film-forming agents, dispersing agents and auxiliary agents, has certain strength and permeability, and can be directly coated on the surface of seeds. It has the functions of seed disinfection, prevention and control of diseases, insects and rodents, slow release of fertilizers, avoiding damage to natural enemies, reducing environmental pollution, and improving crop resistance. It is produced and promoted to achieve the purpose of increasing production and income.

The main function of the film-forming substances in the seed coating agent is to adhere the active ingredients to the surface of the seeds and form a uniform and smooth film:

1. It is required to have strong water resistance after film formation, and it cannot be dissolved by water in soils with high moisture, especially in paddy fields.

2, the water required for seed germination must be allowed to pass through.

3. It should have a certain water absorption and swelling ability, and can absorb the water in the surrounding soil to a certain extent for seed germination under drought conditions.

Polyethylene wax, also known as low molecular weight polyethylene, is colorless and transparent, has high hardness, is chemically and biologically inert, has a melting point of 95-140 degrees and a molecular weight of 1000-10000.

Polyethylene wax emulsion is non-toxic, does not contain VOC, and has no harmful effects on seeds, soil and human body. During the coating process of the seed coating agent, the wax particles migrate to the surface of the coating to form a thin layer of protection, improve the surface drying speed of the coating, and reduce the adhesion and damage between the seeds during the drying and film-forming process. The hardness, smoothness and friction resistance of the film-forming agent added to the wax emulsion were significantly improved, thereby improving the wear resistance, fluidity and seed suitability of the seeds. At the same time, the brightness and vividness of the coating are also improved. 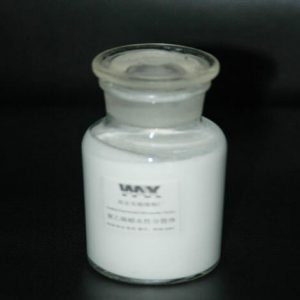