Manufacturer in china【Tianshiwax】 > News > Waxes > How to choose anti-scratch additives?

How to choose anti-scratch additives? 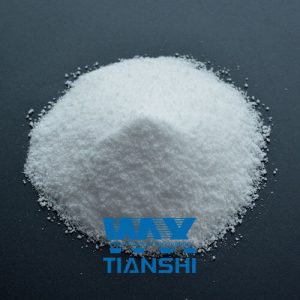 3) Requirements:
① It is required to have a certain compatibility with the coating system, so that separation will not occur.
② A certain degree of incompatibility is also required, which is conducive to the formation of a monomolecular layer on the surface of a small amount of exuded coating film, which plays the role of leveling, lubrication (slip) and scratch resistance.

① The relative density is about 1.0, and the compatibility with resin is poor. It has high hardness, high toughness and easy dispersibility.

② The relative molecular mass is between 1500 and 6000. Except for the relative density of polytetrachloroethylene wax, which is 2.2, the other relative densities are between 0.8 and 1.0, which is beneficial to float to the surface of the coating film during film formation.

③ During the film forming process, it floats to the surface of the coating film to form a uniformly distributed protective layer, which reduces the friction coefficient and improves the anti-scratch performance.

④ Micronized wax has different specifications and particle sizes, and its particle size ranges from several microns to tens of microns, and can obtain coatings with different appearances.

1 There are two ways to add lubricating (slip) and anti-scratch agents:

The added anti-scratch adjuvant can also be added inside.

2 According to customer requirements and production costs, select suitable lubricants (slippery) and anti-scratch agents for experiments, and the amount added is based on the experimental results.